MAI has been awarded a six-month Phase I SBIR for $140,000 to develop a feasibility study for an Intelligent Assistant for Anti-Submarine Warfare. Along with our new partners at Clarifai, we will be creating the SONAR Engagement Naval Systems Enhancing Intelligence (SENSEI) utilizing AI to bring together environmental information from the on-board tactical decision aid (TDA), in-situ, real-time assessment of the environment, and machine-learning algorithms to provide operators situational awareness regarding key parameters such as primary propagation path(s), bearing-dependent complications (such as sea mounts that might obscure threats), significant topology features into which a threat might retreat to minimize detection, best tactical waveforms, and situational best practices to enable operators to maximize the potential of the tactical sonar suite for the specific conditions present at that time and location. Read More

Theater Anti-Submarine Warfare (TASW) Planners may be overwhelmed by decisions regarding risk to future plans, according to current asset allocation (mitigation) against potential threats. At the Commander, Task Force (CTF) Watchfloor, the TASW planners have a series of resources to analyze risk vs mitigations to current TASW operations, to include a Common Operating Picture (COP), METOC and Intel Support. The Undersea Warfare Decision Support System (USW-DSS), a Command and Control (C2) system, was designed to help fuse this data into an ASW tactical picture, however, current USW-DSS functionality lacks risk analysis mission planning capability that captures the full needs of the disparate users in both understanding and assessing risk (relative to existing mitigation measures) to future plans.

Jennifer Amaral published an article on the “Characterization of impact pile driving signals during installation of offshore wind turbine foundations” in the Journal of the Acoustical Society of America.  The article analyzes acoustic measurements collected with funding from the Bureau of Ocean Energy Management and in conjunction with the University of Rhode Island and Woods Hole Oceanographic Institution during pile driving for the foundations at the first offshore wind farm in U.S. waters. Metrics of rise and decay time, pulse duration, kurtosis, and sound pressure levels were characterized to investigate the impulsiveness of the pile driving signal over range. Variations in the radiated sound field were observed along different azimuths and were further investigated through finite element modeling.

Dr. Adam Frankel published an article entitled, “Gray whales hear and respond to signals from a 21-25 kHz active sonar” in Marine Mammal Science. This article discusses research funded by the Office of Naval Research. Southbound gray whales off California were presented with 21-25 kHz sound sweeps. A research vessel moored in the migration path, transmitted the sweeps half the time, and was silent the other half. Whales had no overt or obvious response to the sound. However later statistical analyses showed that the whales slightly avoided the sound. This response demonstrates that gray whales can hear sounds in the 21-25 kHz range. These findings extend our understanding of baleen whale hearing.

Marine Acoustics, Inc. is being recognized by the Aerospace and Defense Review as a 2020 top 10 maritime consulting/service company.  This annual list recognizes companies that are at the forefront of providing maritime consulting/services and transforming businesses. Tom Stewart, MAI’s president and CEO, is featured in the article, in addition to MAI’s history and areas of expertise. View the article below to learn more about MAI and our plans for the future.

During October 8-10, 2019, MAI’s Vice President of Virginia Operations Steve Psaras attended the Pacific International Maritime Exposition 2019 in Sydney, Australia. He met with over 24 U.S. and Australian-based companies for potential overseas services export and collaboration associated with the Royal Australian Navy’s recent upgrade initiatives in submarine/surface SONAR and testing range activities. Held every 2-years, Pacific 2019 is the largest maritime defense forum in the Indo-Asia-Pacific region. The event includes hundreds of exhibitors in the Australian Maritime Defense Industry, as well as dozens of Naval representatives in the Indo-Asia-Pacific. MAI was one of 27 countries exhibiting in the U.S. Partnership Pavilion and was featured in the following news article associated with the expo.

MAI attended The Effects of Noise on Aquatic Life conference in Den Haag, Netherlands from July 7-12, 2019. Dr. Kathleen Vigness-Raposa presented a talk entitled,” Discovery of sound in the sea: communicating underwater acoustics research to decision makers”. This talk focused on the DOSITS website that was developed with the University of Rhode Island Graduate School of Oceanography. For more information, visit www.dosits.org. Jennifer Amaral presented a short presentation and poster entitled, “Characterization of an impulsive pile driving signal with range during the installation of offshore wind turbines.” This talk described some of the work MAI did in conjunction with the University of Rhode Island and Woods Hole Oceanographic Institution on measuring the underwater pile driving sound levels during the Block Island Wind Farm construction in 2015.

MAI scientists and engineers attended two professional meetings to present their ongoing work. The Northeast Regional Environmental Acoustics Symposium took place on May 29, 2019, at Brown University in Providence, RI and Jenn Amaral and Kathy Vigness-Raposa were in attendance. Jenn presented a talk entitled, “Visualization of Marine Mammal Perception to Anthropogenic Sounds in an Underwater Soundscape.” This talk was on an interactive tool MAI developed that describes the underwater acoustic environment in the Gulf of Mexico with contributions from ambient noise, shipping, and distant anthropogenic sources. This tool allows the user to visualize how sound will be perceived by marine mammals in the presence of different levels of ambient noise. Kathy presented on the Discovery of Sound in the Sea (DOSITS) project described in more detail at www.dosits.org.

Dr. Kathleen Vigness-Raposa presented a webinar on May 22, 2019, with Dr. James Miller from the University of Rhode Island on the underwater sound generated from pile driving activities. This webinar is through the Discovery of Sound in the Sea project. The webinar was recorded and archived.

MAI scientist and engineer, Jennifer Amaral, attended the OCEANS 2018 conference to present the work MAI performed during the construction phase of the Block Island Wind Farm. This work was part of the Real-Time Opportunity for Development Environmental Observations (RODEO) program which was funded through the Bureau of Ocean Energy Management (BOEM). MAI worked with engineers at the University of Rhode Island (URI) Ocean Engineering Department and Woods Hole Oceanographic Institution (WHOI) to collect underwater acoustic data using a towed array during the pile driving associated with construction of the wind farm. During the pile driving, which occurred in Fall 2015, MAI towed the array and recorded acoustic data at ranges of 1-8 km from the wind turbine foundations. Variations in received levels and signal characteristics were observed with range and orientation of the array from the pile location. The results of this study were presented during the “Panel on Monitoring and Modeling of Underwater Sound from Offshore Wind Farms” special session at the OCEANS conference. URI, WHOI, and BOEM representatives also presented their work as part of this special session.

MAI at Acoustical Society of America 2017 Meeting in Boston

MAI scientists attended and presented their ongoing research at the Acoustics ’17 meeting in Boston, MA that took place from June 25-29, 2017. Dr. Kathleen Vigness-Raposa chaired a session entitled “Incorporating Underwater Acoustics Research into the Decision-Making Process” and presented on utilizing basic underwater sound principles in the regulatory decision-making process. Her talk provided background information for the regulatory community related to characteristics of sound, underwater sound propagation, and appropriate measurement units. The information presented was based on that published on the Discovery of Sound in the Sea (DOSITS) website (www.dosits.org).

MAI’s Vice President of Environmental Programs, Dr. Kathleen Vigness-Raposa, will kick-off the first webinar in a five-part series on underwater sound, specifically designed to aid International regulators and other government decision-makers. As co-PI of the Discovery of Sound in the Sea project (www.dosits.org), Dr. Vigness-Raposa will present on sound movement/propagation and the different methods for measuring and reporting underwater sound levels. She will be followed by Dr. James H. Miller, University of Rhode Island, who will talk about ambient noise measurements and noise budgets.

MAI’s Vice President of Environmental Programs, Dr. Kathleen Vigness-Raposa, and Staff Scientist, Jennifer L. Giard, are part of the team of researchers measuring the underwater sound created by the pile-driving phase of construction of the first offshore wind farm in the United States. By towing a horizontal array of hydrophones along a transect away from the pile-driving activity, they hope to address the question of where the sound transitions from high intensity, short-duration signals to low intensity, long-duration signals, which has implications for its potential impact on marine life. 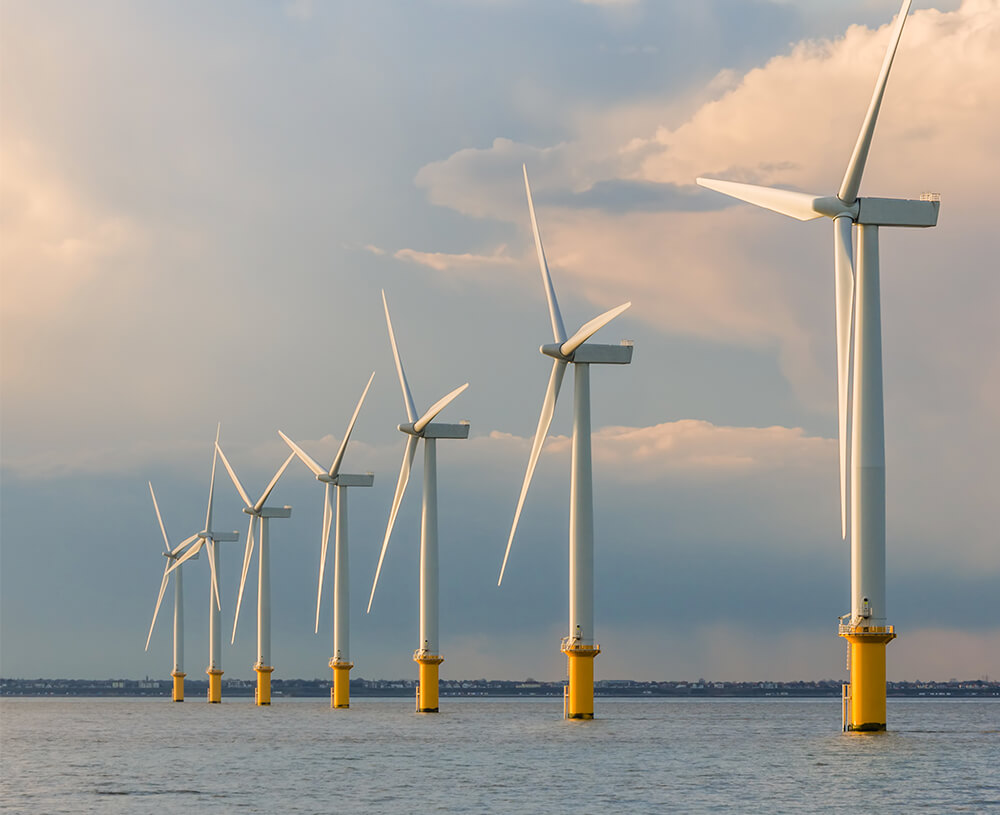 Dr. Bill Ellison and Dr. Kathy Vigness-Raposa are cited for their contributions to the article on ocean noise in the January 2011 National Geographic magazine; pp 28-31.

While using fondaparinux, your blood and your stool (bowel movement) may need to be tested often. ADCETRIS can cause fetal harm based on the findings from animal studies and the drug’s mechanism of action [see Clinical Pharmacology ( 12. See the end of this leaflet for a complete list of ingredients in Calcitonin Salmon (synthetic origin) Nasal Spray سعر 100 كاماجرا . Children aged <6 years should not use fluoride mouthrinse without consultation with a dentist or other health-care provider because enamel fluorosis could occur if such mouthrinses are repeatedly swallowed.